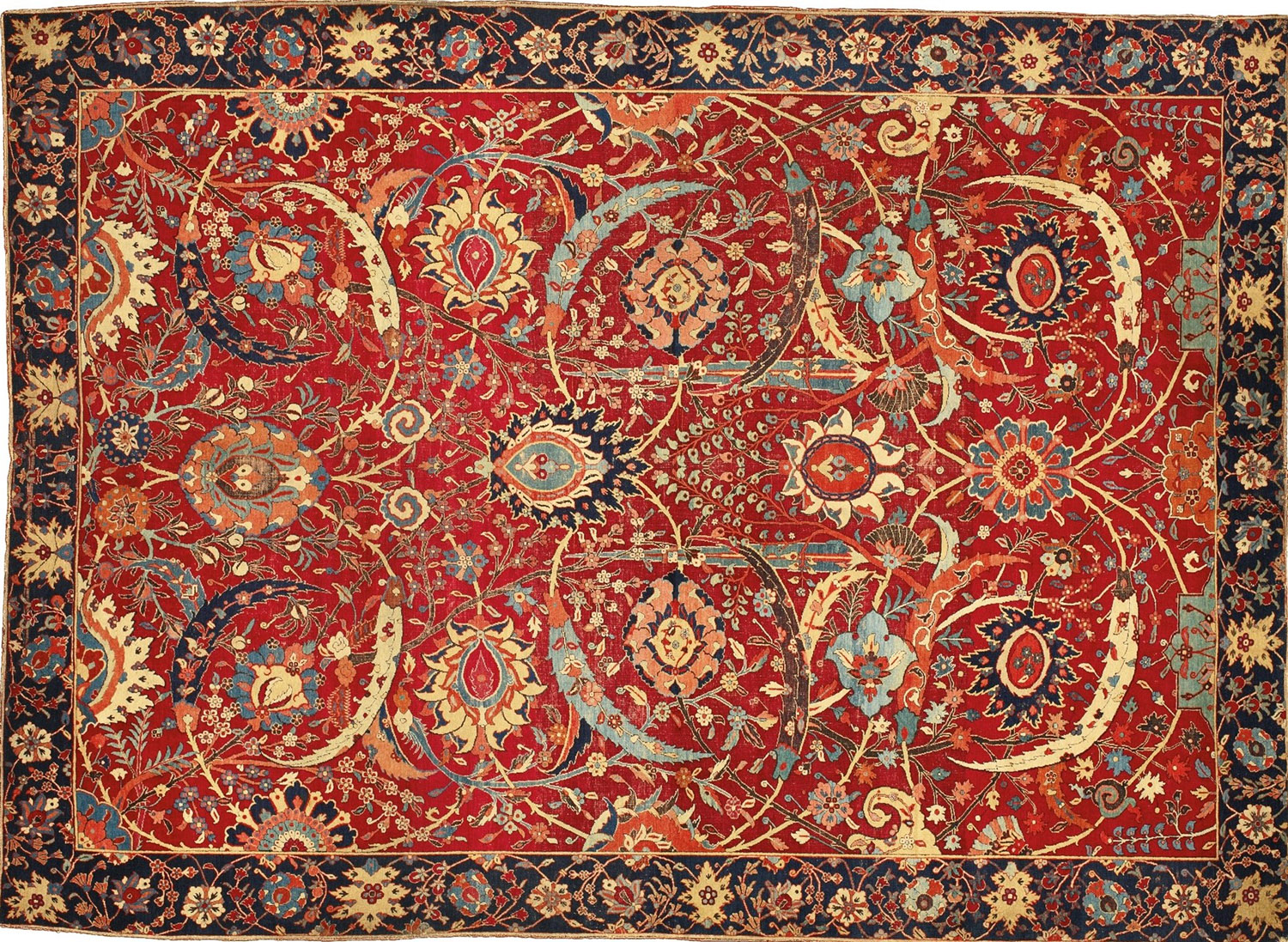 7 Most Expensive Rugs of the World

A well-crafted rug or carpet can add tremendous amount of beauty and a colorful finishing touch to any and every abode’s decor. With its vibrant colors, unique pattern & catchy design, a beautiful rug complements the furniture and fills up the space nicely without being overwhelming. It brings life to the living room which is the center of family life and entertainment, hence truly making it worth living for and in, and it is just as as lively in any other room as well.

It would be safe to assume that most such rugs cost more than usual and hence we thought it would be apt to review what world’s most expensive rugs look like, what their history was, and last but not least, how much do they cost.

7. A Safavid Carpet from the Lili & Edmond J. Safra Collection

Edmond J. Safra was a Lebanese Brazilian Jewish banker whereas his wife is a Brazilian philanthropist and socialite, ranked by Forbes in 2013 as one of the richest person of the world. So it is no surprise their collection includes the 7th most expensive rugs of the world.

This late 16th century Safavid rug – originally from East Persia – was sold in November 2005 by Sotheby’s for $2.032 million which included the buyer’s premium. Its size is 27-feet-4-inches by 11-feet-by-3-inches.

Featuring a central medallion, this early-19th-century oriental Caucasian rug belonged to the estate of Robert Montgomery Scott who was the long time president of the Philadelphia Museum of Artas well as an arts and civic leader.

It is a 6-feet-1-inch by 5-feet-4-inch sized carpet which was estimated to be sold for only $25,000 when it was offered for auction at the Philadelphia based auction house Freeman’s in July 2007. However, an anonymous collector paid a whooping price of $341,625 for this relatively small sized rug with rich colors.

5. The Rothschild Tabriz Medallion Carpet at the Museum of Islamic Art in Qatar

According to The Guardian, this 16th century finely crafted Persian rug from North West Persia was “looted by the Nazis from the Austrian branch of the Rothschild family during the Second World War”.

Measuring over 20-feet in length, this large rug was estimated to be worth $400,000 but was bought by Sheikh al-Thani of Qatar for $2.4 million.

4. The Silk Isfahan Rug of Central Persia from the Doris Duke and the Newport Foundation Collection

This rug once belonged to Doris Duke was an American heiress, horticulturalist, art collector, and philanthropist of the 20th century. Prior to being purchased by Doris Duke in 1990, it was in the possession of an American collector of Islamic Art, namely, Grace Rainey-Roger.

Created with high quality silk with unique patterns, high knot density and that astonishing ‘antique’ look, it as an extremely attractive rug.

This 7-foot-5-inch by 5-foot-7-inch rug dates back to early 1600s and is said to have been woven during the reign of Shah Abbas “The Great” (1588-1620), who was the king of Iran, and who is also considered to be the greatest ruler of the Safavid dynasty.

In 2008, this ancient rug was sold for a whooping $4.45 million by Christie’s to an anonymous bidder, and it is the world’s fourth most expensive rug at the moment.

3. The Pearl Carpet of Baroda

An Indian masterpiece made of more than 1 million natural Basra seed pearls and embellished with diamonds, emeralds, sapphires and rubies, this rug was commissioned in 1860 and completed in 1865 by the Maharaja of the princely state of Baroda, Gaekwar Khande Rao.

This 5-foot-8-inch by 8-foot-8-inch Indian masterpiece was, according to Sotheby’s, probably “a gift for the tomb of the prophet Mohammed (SAW) at Medina”.

Having never been offered at auction before, it was finally sold for $5.5 million in 2009 at an auction held by Sotheby’s in the Gulf state of Qatar, making it the third most expensive carpet of the world.

This ancient mid-17th century Persian rug has rich and bold colors, and is 11-foot-1-inch by 5-foot in size. It was, at least at the time of its sale in 2010, termed as ‘the most expensive Islamic work of art ever sold’.

Talking after the sale of the carpet, Senior Director, Rugs and Carpets at Christie’s, William Robinson, termed its weavers “the most inventive and influential of all carpet designers” belonging to Kirman of the Safavid period, and opined that the carpet “has huge charm, subtlety and balance, which combine in a design of deceptive simplicity.” It was sold to an anonymous telephone bidder at Christie’s in London at 20 times more than its estimated price for £6.2 million or approximately $9.59 million.

1. The Clark Sickle-Leaf Carpet from the William A. Clark Collection

This 17th century antique rug, which has a rich red-brown color design and a vibrant history is from the collection William A. Clark who was a politician and entrepreneur.

Sold by the Corcoran Gallery of Art in Washington, D.C. through Sotheby’s to an anonymous bidder in June 2013, the Clark Sickle-Leaf carpet is the world’s most expensive rug to date costing a record breaking $33.7 million. So these were some of the world’s most expensive carpets to date. In case you are wondering which of the 30,000 rugs of Al Rug cost the most, you will be happy to know that we are to write a blog post on the subject full of all details including pictures and price. Watch this space for more information.