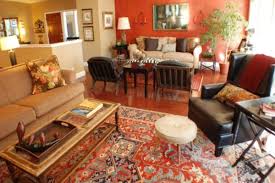 Here are five facts about the persian rugs
* The Persian carpet is said to date back 2,500 years and the sector remains a big export earner and employer, most of it hand-woven, according to the state Persian Carpet Company.
* The carpets are made of wool, silk or cotton, or a combination of the three. It can take weavers months or even years to make a large, top-quality carpet with intricate floral and other designs. Using natural dyes derived from plants, the workers are traditionally women.

* Famous carpet regions include the northwestern province of East Azerbaijan, Isfahan in central Iran and Kerman in the country’s southeast. Each region has a specific style. Prices can range from a few hundred to many thousands of U.S. dollars.

* Flying, or magical, carpets have long been the stuff of legend and literature in the Middle East, famously featuring in the tales in One Thousand and One Nights believed to have been collected in the 9th century.

* The Iran Carpet Company in July claimed to have made the world’s largest hand-woven carpet: at 5,600 sq metres, for a large mosque in the United Arab Emirates. Containing more than 2 billion knots, it took weavers two years to make and is reportedly valued at $5.8 million